Amelia Adams is a native New Yorker and Babson College alumna, class of 2006. She was a staple on the campus, an active member of the free press and a formidable player on the northeast champions Women’s Rugby team. Continuing her active spirit, Amelia became a community organizer with the Association of Community Organizations for Reform Now (ACORN) working with New York City residents to build power in their communities.

In 2013 Amelia was deputized as a director of New York Communities for Change (NYCC) where she oversaw the organizing and political departments in addition to creating a staff development program. In 2014 she went on to become a Senior Advisor and the Director of Community Engagement for New York City’s first Latina Council Speaker, Melissa Mark-Viverito. Amelia also served as Political Director to Mayor Bill de Blasio’s re-election campaign.

Since 2018, Amelia has been the president of Adams Advisors, which specializes in political campaigns, government affairs, and community engagement. Recent successes have been many; Adams Advisors has been instrumental in the campaigns to pass congestion pricing at the State level and ranked choice voting at the City level. Additionally she has guided the Bard Prison Initiative in its quest for public funding, and the organization now receives funds from both the City Council and State Legislature.

Finally, Amelia is a founding member and currently serving as the Treasurer of 21 in ‘21, an organization that sought to elect at least 21 women to the City Council in 2021. The organization greatly exceeded this goal and there are now 31 women serving in the New York City Council. 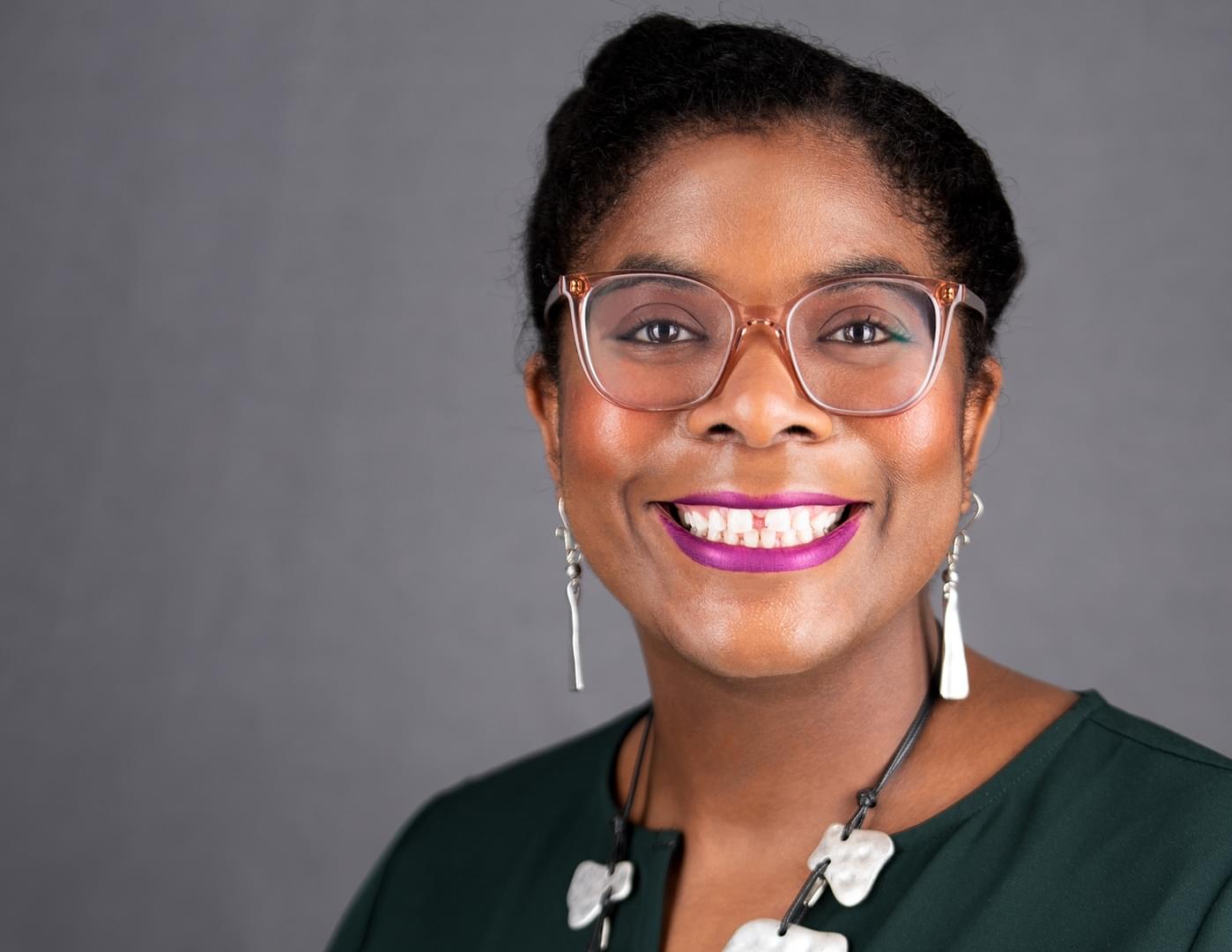 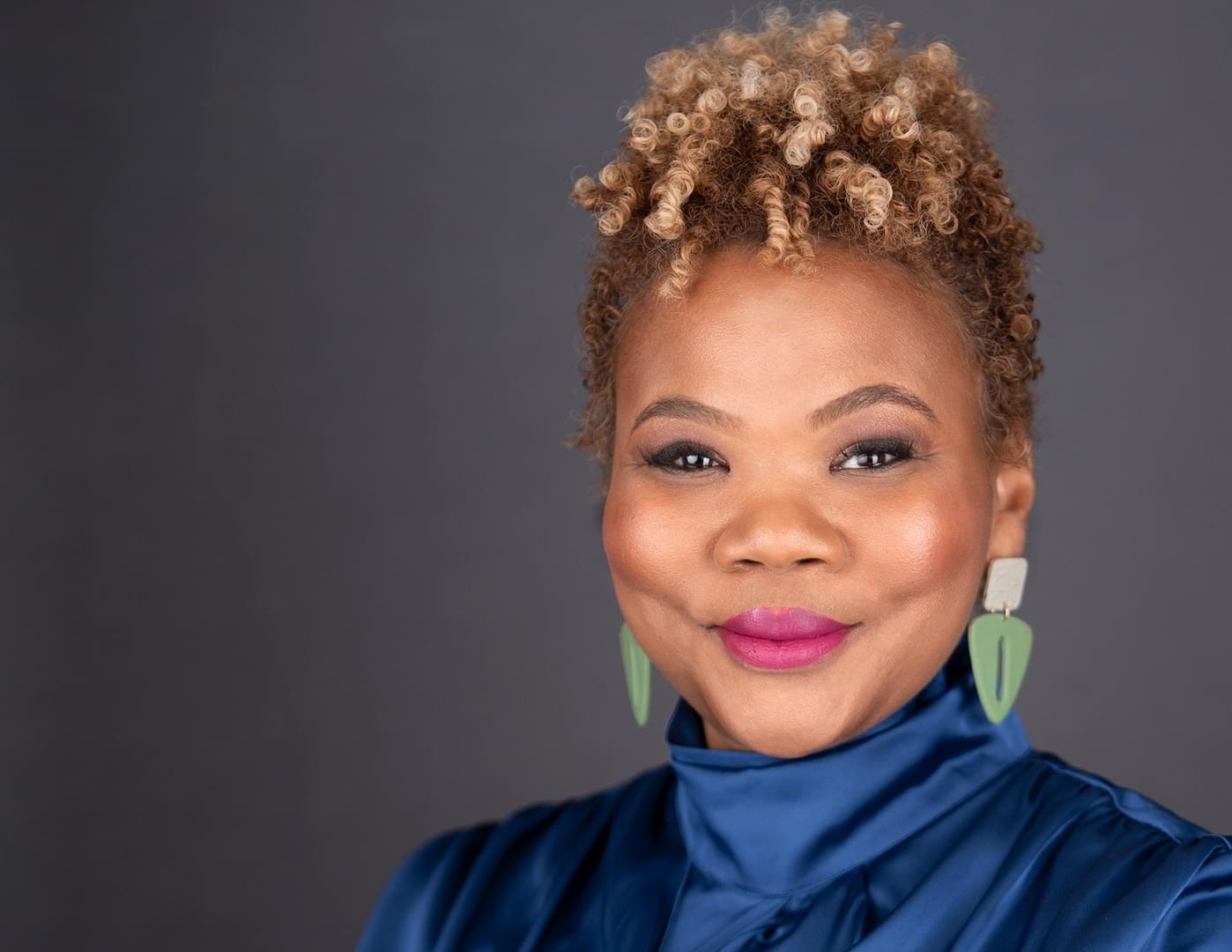 Yvette Buckner manages high-profile client campaigns involving regulatory issues ranging from transportation and technology to education and environmental protection. Since beginning her career as a community organizer more than 20 years ago, she has held a deep belief that coalition-building and authentic dialogue lead to successful outcomes that move the political process forward on a local, state and national level. Yvette was recently recognized by City & State as one of New York’s top “Black Women Power Brokers.” She was also named a Top 50 New York Lobbyist in 2020 and 2021. In addition, she was named as The Riveter’s “Top Black Women Activists You Should Know.” Yvette also provides regular media commentary on public policy and politics.

Earlier in her career, Yvette served as a Special Advisor and Senior Press Officer to New York City Comptroller Bill Thompson, the first African American to hold the position. During her tenure, she secured national and international media on the country’s fifth largest pension fund. Additionally, she spent years working in public health and advocated for the successful passage of smoke-free parks, beaches and public spaces.

Yvette is a tireless advocate for increasing the representation of women in elected office. She serves as the Chair of 21 in ’21, which surpassed their goal of getting 21 women elected to the New York City Council in 2021 by electing 31 women. She is also a Board Member at Vote Mama to get more mothers in public office across the country and is a Vice Chair of the Brooklyn YWCA, which aims to help empower women on social justice issues.

Yvette earned her Master of Public Administration from Columbia University and Bachelor of Arts from the University of Connecticut. She is a proud resident of Brooklyn, where she lives with her husband and daughter. 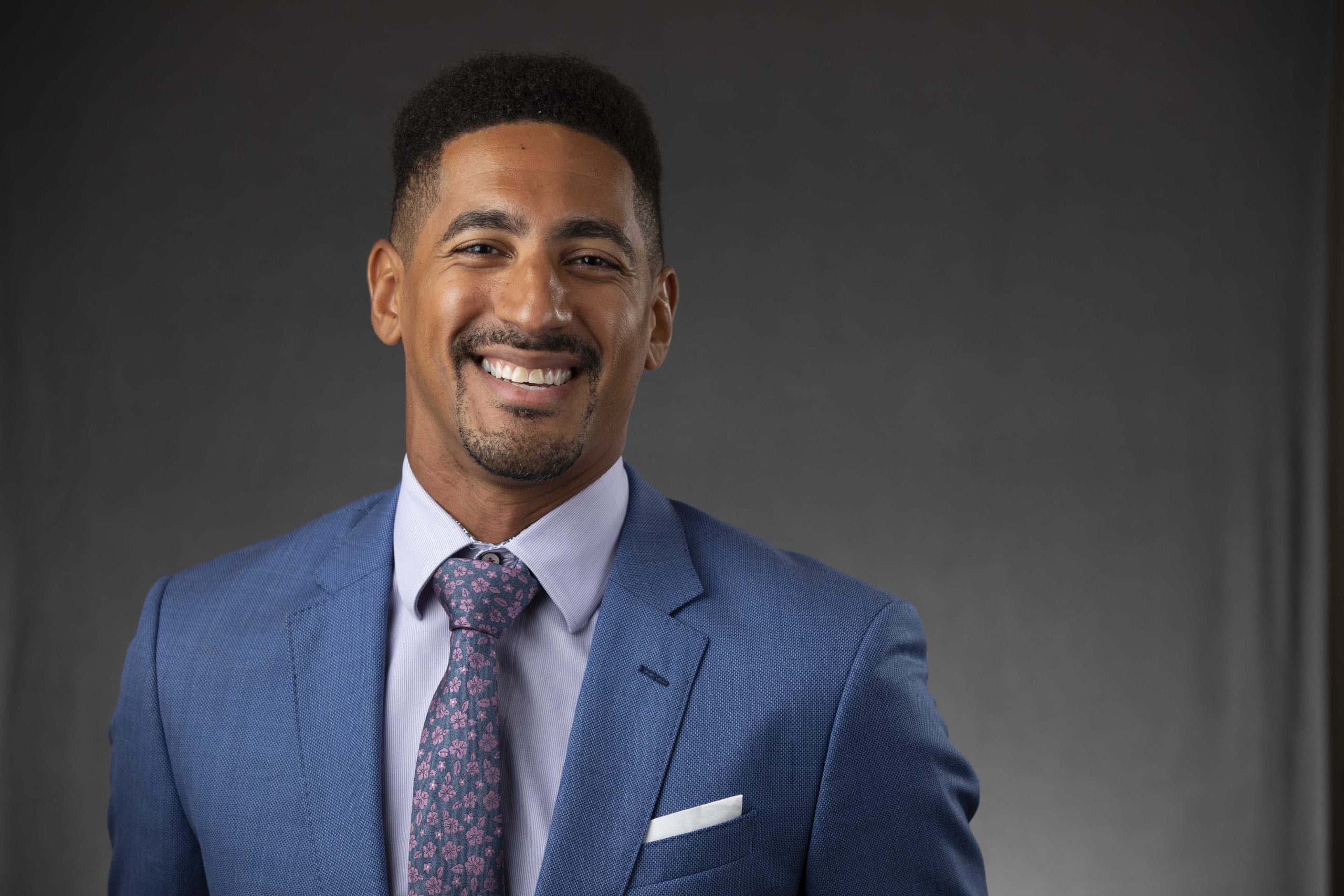 Gabriel Gallucci was the National Director of Governmental and Political Affairs at the American Federation of School Administrators and oversaw the Union’s NY Local 1 Political team at Council of School Supervisors and Administrators. Over the last seven years, Gabriel has worked with local, state, and federal governments to build new inclusionary education systems tailored to children of all ethnic, religious, and racial demographics.

During his tenure at the union, Gabriel successfully helped propel the State and Administration into fully funding ‘Foundation Aid’ and increasing ‘Fair Student Funding’ to 125 million in additional funding for over 850 schools. In addition, Gabriel and a Coalition of Unions, Food advocates, and elected officials helped push through “Free School Lunch for All” funding, providing free lunch for 1.1 million students throughout NYC. Also, after a hard-fought campaign, New York City in March of 2017 agreed to a new and improved contract with CSA’s Early Childhood Directors, giving the members their first wage increase in ten years. In 2020, Gabriel also helped push the Administration and DOE into approving new contracts for the CSA members.

Most recently, Gabriel successfully established a national pipeline and platform through AFSA where he trained locals from around the country on how to engage with government officials on policies and curriculum that impact the education system in its entirety. Policies included areas involving Social-Emotional Learning, Culturally Responsive Education, and Civic Engagement.

Prior to joining CSA, Gabriel was the Political and Legislative Director at New York Communities for Change, a local non-profit where he helped launch and successfully lead the ‘Fight for $15’ campaign, pushing to raise hourly wages for low wage workers to $15 an hour throughout the State.

Gabriel holds a Master of Science in Counseling Psychology from the University of Albany and an Advanced Labor Union Leadership Certificate from Cornell University. 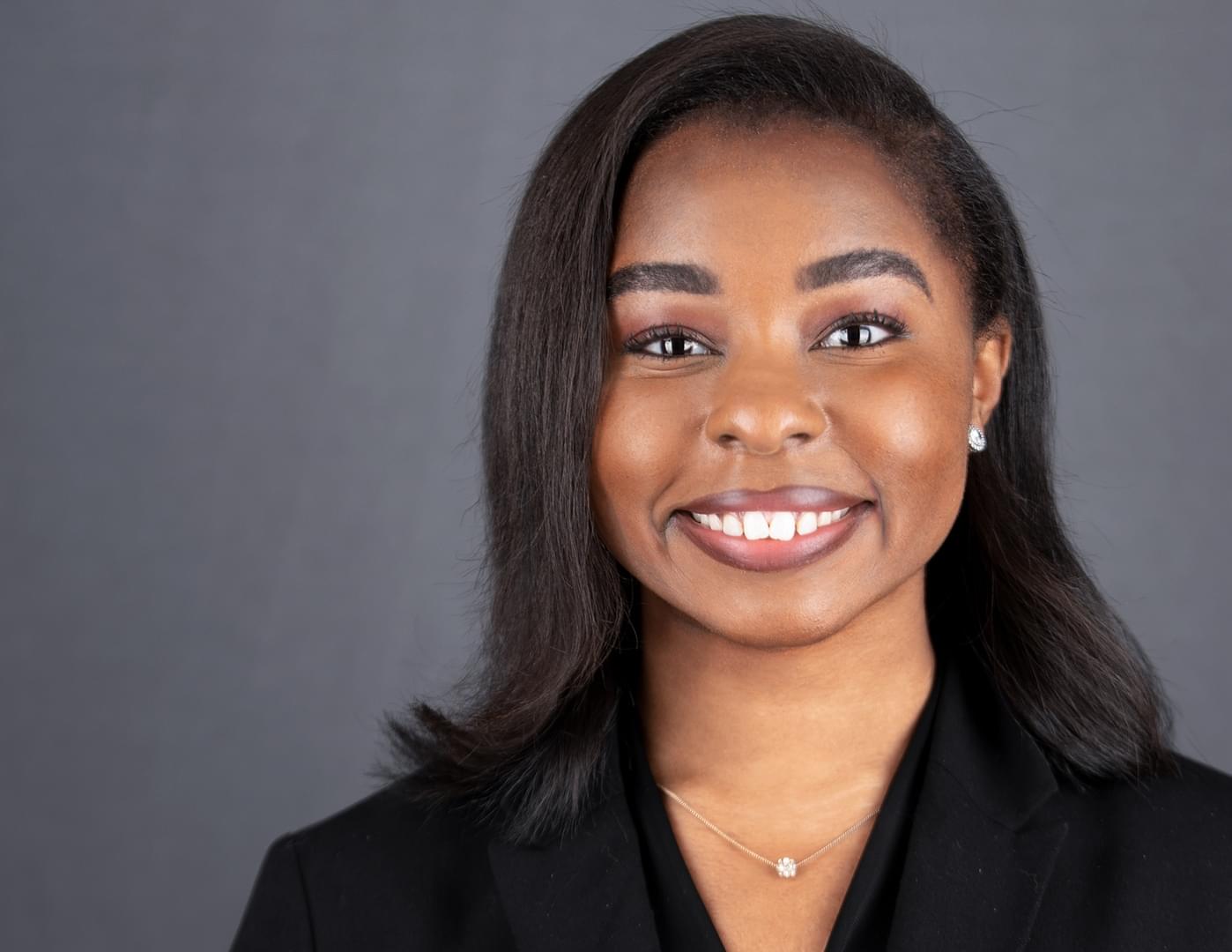 Launai Wells is a Georgia native, born in Atlanta, GA, and later raised in Savannah, GA. Throughout Launai’s K-12 school years, she was an exceptional student, faithfully remaining on the Honor List throughout her school years. Launai is an HBCU graduate where she attended Alabama State University in Montgomery, AL majoring in Political Science with a minor in Communication Studies. She is currently a graduate student at George Washington University and serves as a student ambassador. She is working towards her master’s degree in Political Management with further aspirations to attend Law School shortly after graduate school.

Launai currently works as a Political Associate at Adams-Buckner Advisors LLC. where she works alongside Amelia Adams, Yvette Buckner, and Giovannie Hernandez. Prior to working at Adams Advisors, Launai worked for Choice of New Rochelle as an Outreach Coordinator and she served as an AmeriCorp member for City Year, Inc. in New York City.

Launai enjoys traveling, shopping, reading, and dancing in her spare time. She currently resides in Harlem with her dog Coco. 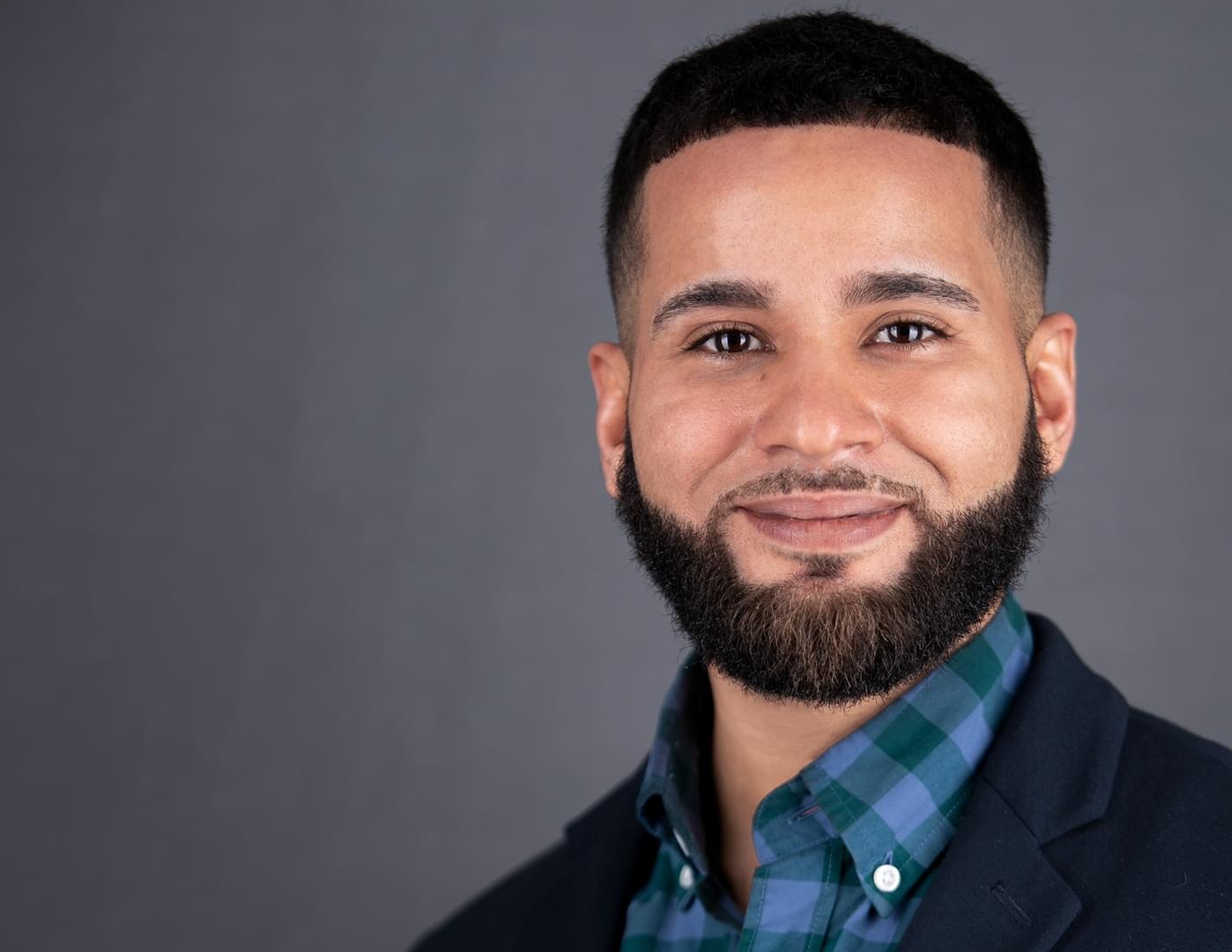 Giovannie Hernandez is a Bronx, NY native. He is currently an Associate at Adams Buckner Advisors and has enjoyed working on projects such as the successful #TurnOnTheTAP campaign, elections reforms,  and learning about the different components to policy and change.

In addition to his work at the firm, ​Giovannie is a formerly incarcerated social justice advocate focused on the issues of disenfranchised communities and those impacted by the criminal justice system. As s subject of the Emmy-nominated, Ken Burns-produced documentary College Behind Bars, he has leveraged his experience to travel across the country extolling his belief in the transformative power of a quality education and the need to create more access for disenfranchised communities the world over.​

Giovannie formerly served as a Senior Client Services Associate and in-house Spanish-language translator at the Brooklyn Community Bail Fund and the New York Immigrant Freedom Fund (now jointly named the Envision Freedom Fund). He is a founding member of Emergent Works, a tech nonprofit teaching the justice-impacted community tech and engineering skills at no cost. Additionally, he sits on the Board of Advisors for Ameelio, a tech non-profit working to provide no cost communications access for the incarcerated.

Giovannie is a graduate of Bard College and currently lives in the Bronx with his dog Mia.